Seattle Seahawks quarterback Russell Wilson is the heavy favorite to win NFL Most Valuable Player (MVP) through the first quarter of the season.

Seattle Seahawks quarterback Russell Wilson, shown celebrating after beating the Miami Dolphins on Oct. 4, is the favorite to win NFL MVP. (Jason Vinlove/USA TODAY Sports)
Bettors have jumped on the bandwagon.
“Our worst result – by a big margin – would be Wilson winning, as he currently accounts for 16 percent of the MVP bets placed and has three times the handle of the second-highest liability,” said Mike Korn, a sports analyst for PointsBet, to Casino.org.
Where There’s a Wilson, There’s a Way
Wilson, Green Bay Packers quarterback Aaron Rodgers, and Kansas City Chiefs quarterback Patrick Mahomes are the MVP front-runners through the first quarter of the season.

Here are the odds at Circa Sports, with its season-opening odds in parentheses.

In his first eight seasons, Wilson has been selected to six Pro Bowls, but hasn’t been named the NFL’s MVP. However, he’s off to a record-setting start in propelling the Seahawks to a 4-0 record headed into Sunday night’s home game against the Minnesota Vikings.
Seattle’s pass attempts are actually very similar to last year, intended air yards down, and completed air yards are up slightly,” said Glenn Herzog, the senior sportsbook risk manager at Circa Sports, to Casino.org.
“The biggest jump for Russell Wilson is his efficiency with those attempts. This could be because of better play-calling. But I think it is more related to the opponent schedule and the development of DK Metcalf.”
Wilson leads the NFL in completion percentage (75.2), touchdown passes (16), touchdown percentage (11.7), yards per attempt (9.4) and passer rating (136.7).
In Hot Pursuit
Rodgers wasn’t even in the top 20 from an odds perspective at the start of the season, PointsBet’s Korn said. Now, the top three are Mahomes and Wilson at +200, and Rodgers at +300.
Even as one of the faces of the NFL and with a cheap price before the season, Rodgers was a relative afterthought in the eyes of bettors.
There were no takers,” said Doug Castaneda, the director of race and sports at Wynn Las Vegas, to Casino.org. “There were only a few tickets scattered about prior to the season starting. Since then, you’ve seen a huge drop after he’s had some impressive wins, and the team is on cruise control. So, you’ve seen odds lowered considerably.”
Mahomes and Jackson entered the season as the front-runners, for obvious reasons. Mahomes was the 2018 MVP and led the Chiefs to a victory in last year’s Super Bowl. Jackson was the 2019 MVP after leading the Ravens to the best regular-season record.
The fresh face is Buffalo’s Josh Allen. The seventh pick of the 2018 draft, Allen took a big step forward last year, going from a 52.8 percent completion rate and 67.9 passer rating as a rookie in 2018 to 58.8 percent with an 85.3 rating in 2019. However, he was viewed as more of a threat as a runner than a passer. This year, he’s turned in a well-rounded performance to lift the Bills to a 4-0 start. He’s completed 70.9 percent of his passes, with a 122.7 rating.
Josh Allen just seems to be getting better at playing QB,” Herzog said to Casino.org. “He’s always been able to move the ball with his running ability. For Allen, it’s his accuracy jumping up that sticks out to me. His intended air yards are down from last year, but his completed air yards are up. Just making smarter decisions as he develops. Also, it doesn’t hurt to get a receiver-position upgrade with Stefon Diggs joining Buffalo.”
Of course, plenty can change over the course of a 16-game season. However, the time to snap up the likes of Rodgers, Wilson, and Allen as MVP bargains is long gone.
“This stuff can fluctuate quickly,” Castaneda said. “It’s all about positioning and how good the team is, ultimately. So, it’s early, but you definitely missed the good times in grabbing Russell and Aaron.”
The post Seattle Seahawks’ Russell Wilson Muscles Into Role of NFL MVP Favorite appeared first on Casino.org. 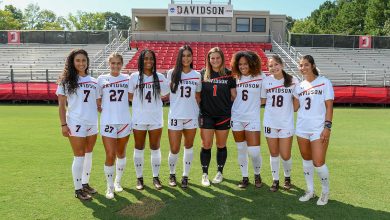 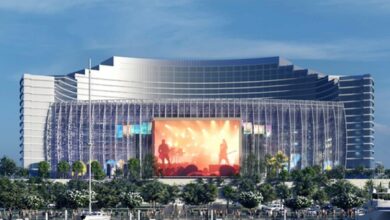