The Green Valley Ranch Casino resort in Henderson, Nev. has been named in a lawsuit. The suit was brought by the estate of a man who was killed in the casino by security guards in 2019.

Michael Howell is seen here in a 2018 mug shot for driving under the influence. He was killed the following year by Green Valley Ranch security. (Image: Metro Police)
Fifty-three-year-old Shannon Michael Howell walked into the Green Valley Ranch brandishing a handgun on New Year’s Day 2019. Security guards quickly approached him, and when they did, Howell raised his gun towards them.
Howell was shot nearly two dozen times by the guards. The Clark County coroner said he died as a result of the numerous wounds.

[Howell] was under no legal obligation to follow the commands of the security guards, nor did he have time to comply with any commands before he was shot,” the lawsuit claims.

Howell was shot 23 times.
Attorneys are seeking damages for a variety of claims, including false imprisonment, assault, negligence, and wrongful death. Any financial damages awarded will be directed to Howell’s son, Dalton, who was 18 years old at the time of the incident.
“He had a very close relationship with his father. It’s just devastating for him,” attorney Peter Goldstein told the Las Vegas Review-Journal. “We really want to get to the bottom of what happened here.”
Acquaintances of the late Howell said he had recently fallen on tough times. He had lost his job as a bartender and was in the process of being evicted from his house. He had also been arrested for DUI. Still, Howell was a kind person, they say.
“He was jolly all the time,” said neighbor Butch Davis in 2019. “He was a good dude.”
“Maybe they did go overboard because I don’t see Mike trying to harm anybody,” Davis said of the Green Valley Ranch security guards. “I never saw him with a gun.”
Increased Security in Vegas
Casinos on the Strip have recently upped their security presence, as violence throughout Las Vegas has seemingly increased in the COVID-19 world. Metro Police have been very busy as of late, responding to numerous shootings and assaults in and around the Strip.
In an effort to bring in higher quality guests, Wynn Resorts increased its room rates and added a K-9 team to its Strip properties. Bags are also being scanned at entrances for metal objects and firearms.
The Cosmopolitan recently announced that only rewards members and those staying at the casino resort will be welcomed. People with restaurant reservations are also afforded entry.
The post Green Valley Ranch Casino Sued on Behalf of 2019 Shooting Victim, Lawsuit Claims Wrongful Death appeared first on Casino.org. 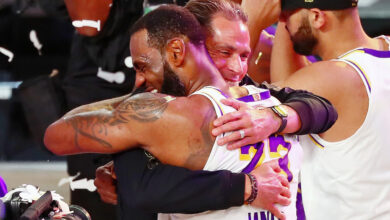 Where to find free online slots no download no registration?