Classics for a Cause crew hit the road to Sydney to deliver the prize car to its new owner. Check out the video of how Classics for a Cause winner got his 1968 Pontiac Firebird, how the raffle drawing happened, and bonus – all the awesome sites from the Classic for Cause road trip and snowboarding in the Snowy Mountains.
The 1968 Pontiac Firebird raffle was a huge success supporting the awesome work that Young Veterans charity undertakes. The charity is supporting, empowering and enriching the lives of young Australian veterans. But on to the winner’s story…

Driving to Sydney
This isn’t your standard prize delivery. The team at Classics for a Cause take you on an awesome road trip from Brisbane to Sydney, stopping over at the most beautiful spots along the way and showing off the fun, the activities and experiences this great stretch of the Australia road has to offer.
Tom, Ed, Abdul and Elliot leave Brisbane, where the Classics for a Cause charity headquarters is based, to Sydney. The boys stop at the beautiful Byron Bay to take in the ocean views, and a refreshing morning dip.
Then after another quick stopover at Coffs Harbour for a coffee and a bite to eat, the crew continue to their next adventure with a beach buggy ride and some backflips in the sand dunes.
After saying a night at the Blue Mountains and enjoying a magnificent sunrise, the boys take an early morning stroll through the main town street and then on for some bushwalking, before setting off on the last leg of the journey to Sydney.
Delivering the Pontiac to the Winner
After crossing the Harbour Bridge, the crew finally arrive to North Sydney to meet Nicolas, the 22-year old Classics for a Cause winner. The lucky winner also got a membership in a Classic Car Club, but the real excitement hit when the delivery truck pulled over. As the bright orange classic drove off the ramp, Nicolas had nothing but awes: “Oh, my God! It’s so beautiful!!” After a quick test drive, he was completely ecstatic, and the Classics for a Cause boys left, knowing the Pontiac has in great hands.

Tom shared his thoughts about the winner: “I can honestly say it was nice to hand this car over to such a nice guy, this car was his dream car for years and he’s been supporting our raffles since we started!”
Snowboarding at Perisher
Finally, the boys set off on their next drive to the Snowy Mountains for their 5 days of snowboarding. With a short stop in Canberra to get their first feel for the cold weather, they drove to Jindabyne. All set up at their AirB&B and set the base for their stay. Next morning, it was up the mountain and into the white of Perisher Ski Resort. And what an awesome time it was!
Calling the next Classics for a Cause Winner
It was a bit of a sad feeling when it was time to head back to Brisbane. But all great things come to an end. It was time to get started on the next raffle, the next classic car and prepare to meet the next winner…
And it may as well be you! Check out the now open raffle by Classics for a Cause for your chance to win a classic car – such as a Pontiac, McLaren, Mustang, Dodge and more. You can also win a classic motorcycle! Tickets in each raffle are limited and sell out fast! Get your Classics for a Cause tickets now at Oz Lotteries.
The post Classics for a Cause winner gets a Pontiac Firebird appeared first on Oz Lotteries. 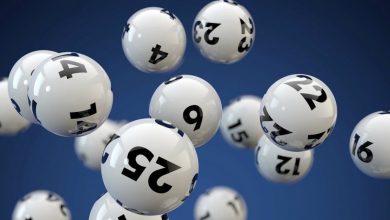 What is the difference between sports lottery and welfare lottery?