Gaming properties apparently are favoring informal sports-focused restaurants serving plenty of alcohol rather than upscale venues, according to an industry analyst.

Wolfgang Puck, known for the dining menu at the Oscars, prepares a meal. His Wolfgang Puck Fine Dining Group is closing a restaurant at MGM Grand Detroit. (Image: Michael Buckner/Variety/REX/Shutterstock)
Barry Shuster, executive editor of Restaurant Startup & Growth/RestaurantOwner.com, and a clinical associate professor at North Carolina Central University School of Business, explains the move meets both the tastes of visitors and management requirements, given the viral outbreak.
[Even] prior to the pandemic, I noted growing consumer preference for bar-style food service, which is livelier, lower-priced, offers small-plate and shareable menu items, and accommodates single diners,” Shuster told Casino.org.
In a recent example, MGM Grand Detroit is replacing Wolfgang Puck Steak with D. Prime. D.Prime has no dress code, and will offer cocktails, grilled steak, and seafood, the Detroit News reported. D.Prime is scheduled to open later this month, an MGM spokeswoman told Casino.org.
“My guess is MGM Grand is simply trying to match its dining concepts with the preferences of the market demographics on which they’re banking,” Shuster said.
He believes Wolfgang Puck Fine Dining Group “did not feel it could shift its menu to this style of service and maintain the integrity of its brand.” He adds that “alcohol is an important profit center, particularly for restaurants struggling to stay in business with reduced capacity seating requirements due to COVID-19.”

He additionally predicts that high-end restaurants will take “the biggest hit” among different size eateries in the near term. “I believe particularly younger consumers are gravitating toward concepts with livelier ambience and affordable and communal dining experiences,” he added.

Still, Shuster says a market for banquet, fine, and special-occasion dining remains. The primary purpose of the casino dining model is to “keep guests spending money on the premises as long as possible by offering attractive dining options at a good value,” Shuster explained.
Pent-Up Demand for Upscale Dining
In May, Nevada casino restaurants were permitted to reopen during Phase One of the state’s COVID-19 recovery plan. But they were put under strict regulations.
Over the summer, anecdotal reports indicated “some pent-up demand for full-service dining, as people are fatigued by isolation,” Shuster added.
Wolfgang Puck Steak opened in Detroit’s MGM Grand Casino about eight years ago. Wolfgang Puck Pizzeria and Cucina also opened in the gaming property, but it has closed.
Puck operates restaurants in other MGM Grand properties located in Las Vegas. They include Spago at the Bellagio and Lupo at Mandalay Bay. Wolfgang Puck Bar & Grill at the MGM in Las Vegas is also open.
When asked about the Detroit restaurant closing, Tom Kaplan, senior managing partner at Wolfgang Puck Fine Dining Group, confirmed the shuttering.
“Our term was near expiration and the MGM wanted the space back for another use,” Kaplan told Casino.org. “MGM extended our restaurant term in another one of their properties in Vegas.”
Other Puck Restaurants Vulnerable If Closures Reoccur
Are any other of Wolfgang Puck’s restaurants at casinos or elsewhere vulnerable? Kaplan says no, “Not unless the CDC [Centers for Disease Control and Prevention] or local government impose a closure like [in] March/April/May.”
Each of their Las Vegas restaurants “are open and doing good business even at 50 percent capacity, per the state guidelines,” Kaplan adds.
The post Casinos Opt for Sports-Themed Eateries as Pandemic Continues appeared first on Casino.org. 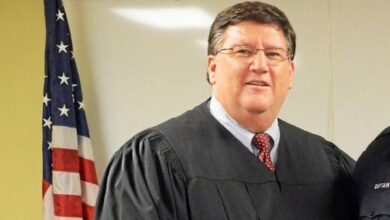 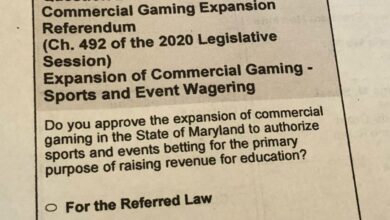 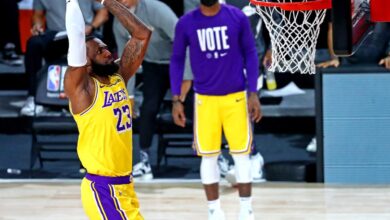